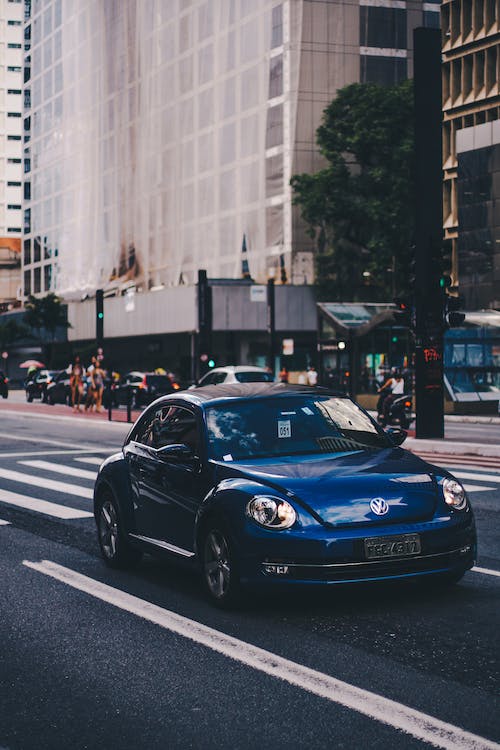 2023 is coming in hot, which means there’s going to be a new lineup of Volkswagen vehicles hitting the market. For some of these vehicles, you can expect a complete overhaul. That means new body styles, new features, and all sorts of technological advancements. For others, you can expect slight modifications and minor upgrades to their performance and feature packages.

So, which VW vehicles are getting complete overhauls and which ones are being slightly modified? Let’s break this down with an overview of the new 2023 Volkswagen models, which should be available in the first quarter of the new year.

For those of you just tuning in, the VW ID.4 was the first foray into the EV market by Volkswagen. Right out of the gate, it was a major hit. It won the 2021 World Car of the Year Award and was named one of Ward’s 10 Best User Experiences. However, one major challenge that VW had with this vehicle was that it was entirely made overseas. With the pandemic-related shipping delays, it was difficult for American drivers to get their hands on this vehicle.

It appears that VW is now addressing this with a change in manufacturing location. The VW ID.4 will be produced domestically in Chattanooga, TN. This is going to allow VW to offer it for a much lower MSRP and will allow drivers to take advantage of a federal tax credit. Keep that tax credit in mind when shopping for new cars for sale in Houston; it can save you a lot.

Another improvement that drivers can expect is a more powerful battery that’s capable of providing increased distance on a single charge. The current VW ID.4 Pro model provides drivers with up to 275 miles in ideal driving conditions.

In 2022, the VW Arteon impressed drivers and reviewers alike by providing the elegant feel of a luxurious sedan combined with all the performance aspects of a street racer. Finally, a sedan for the driver who’s not afraid to put the pedal to the metal.

The 2023 model of the Arteon will come in three different trim levels (each more luxurious and feature-packed than the next): SE R-Line, SEL R-Line, and SEL Premium R-Line. Drivers can expect a new seven-speed dual clutch automatic transmission with an engine that yields an improved 300 horsepower and 295 lb-ft. of torque.

It will also include some upgrades to the standard features, such as LED headlights, adaptive front lighting with cornering lights, a front grill light bar, dynamic road sign display, and a heated steering wheel. The entry level Arteon is estimated to retail at a starting MSRP of $46,525.

Ever since the release of the Mk8 iteration of the VW Golf GTI, it has been turning the heads of reviewers and drivers alike. After all, this is Volkswagen’s signature hot hatchback, and its reputation for speed and agility remains unchallenged. The initial release of the Mk8 made Car and Driver Editors’ Choice List.

So, what’s new in 2023? Honestly, not much. People love this iteration of the VW Golf GTI so much that a massive overhaul was not required. In 2023, this vehicle will add a few minor things such as LED fog lights, LED headlights, along with some slight cosmetic changes. You could buy a 2022 model and not see much of a difference.

When we think of the VW Jetta, we think of great fuel economy and one of the lowest sticker prices on a sedan in this market. The 2022 VW Jetta provides 29 miles per gallon in the city and a generous 42 miles per gallon on the highway, making this vehicle your best friend at the gas pump. It also happens to retail for right around $20,000, easily making it one of the most competitively-priced sedans in its class.

Similar to the Golf GTI, the VW Jetta won’t be changing very much. It will add remote engine start to the SE trim and receive some minor cosmetic updates. Beyond that, this is essentially the same Jetta that reviewers and drivers fell in love with in 2022.

How to Shop for a Volkswagen Near You

Although the 2023 models of Volkswagen vehicles have not arrived yet, there are still plenty of late model and used VW vehicles on dealership lots that are ready to test drive. The best way to kick off your search is by Googling “new Volkswagen near me,” or you can be more specific by entering in the make, model, and year of the vehicle you’re looking for. This should bring up local dealerships in your direct vicinity that have the car you’re looking for.