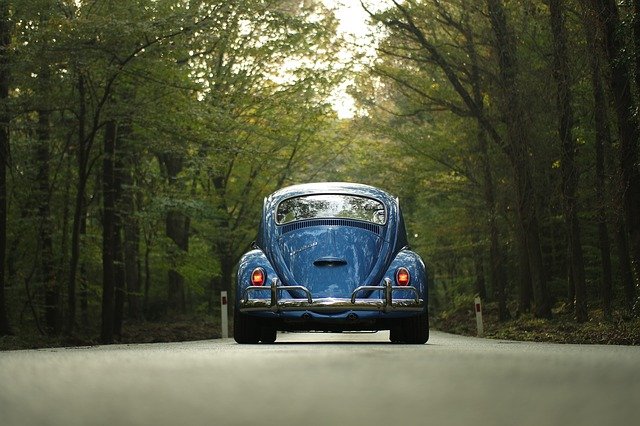 It’s not just age that separates a classic car from a vintage car. With all the jargon and terminology thrown around by car collectors and enthusiasts, some are confused and sometimes use both terms interchangeably, which is why it’s essential to know the main differences between each car type.

How Do You Define Classic Cars?

A classic car is one that’s built since 1925. Although, this depends on what the insurer classifies as classic and the local state laws. Hartford, for instance, distinguishes classics as “a motor vehicle of the private passenger type which is ten or more years old and used regularly. Its value is significantly higher than the average value of other autos of the same make and model year.”

A vehicle turns into a classic car or truck when they’re between 20 to 40 years old, depending on the source you ask. Classic cars must be maintained similar to their original manufacturer specification as accurately as possible.

When a classic car is modified, it suffers from a substantial loss of value. It’s the same case even in the paint job, stock accessory replacement, and engine modifications. Also, once a car undergoes a significant amount of modifications, it can potentially lose its qualifications as a classic car.

What Cars are Considered as Classic?

The extent of time with which a classic is defined makes some cars unqualified for the status while also making others newly qualified. For example, numerous cars from the ’60s were stone-cold classics beforehand, but now they’ve entered into the older category, giving space for vehicles from the ’80s to ’90s.

With this, a new generation of private sellers and buyers are now venturing into the classic car market, searching for the cars that they used to hear or read about as teens. In turn, this prompted a significant rise in the demand for vehicles such as supercars, touring cars of the era, BMW M3s, and Nissan Skylines.

When Can a Car Be Classified as a Vintage Car?

The age of vintage cars significantly depends on wherever you are. What can classify as a vintage car has various definitions, but it’s usually a car built before 1930 or 1925.

What Cars Are Considered as Vintage?

Vehicles are considered vintage when they’re from the Brass Era— named for the brass fittings used as radiators or lights in automobiles made between 1896 and 1915. Typically, vehicles manufactured between 1919 and 1930 are considered vintage. However, unlike classic cars, vintage cars are allowed to be modified.

The Differences Between a Classic Car and a Vintage Car

Some people tend to confuse the two when describing collector vehicles, but there are a few criteria that define what makes a car “classic” or “vintage”:

Age/Model Year: Classic cars are typically 20 years or older, while vintage cars are on or older than 90 years.

Below are the generally agreed-upon age criteria for classic cars and vintage cars:

Classic Car: Manufactured in 1990 or earlier; less than 20 years old

The price indicates the value and desire factor of a collector car. The car’s condition, mileage, make and the model’s rarity, and the desirability/demand by buyers ascertain the sale price.

US states have specific and various “historical designations” for cars that are at least 25 years old. Vehicles that pass each state criteria will have terms such as “Historic Vehicle” printed under, adjacent to, or on their license plate numbers.

It’s crucial to get an insurance policy to provide your classic or vintage vehicle with coverage, especially if driven. Most of the time, the comprehensive insurance policy premiums for both types of cars are pretty high, consequently forcing car owners to take third-party liability insurance coverages.

Classic cars are under the antique cars insurance plan. However, different insurance companies might have varied guidelines to define classic vehicles. So before getting an insurance policy for your classic car, first procure a copy of the regulations to get a clear picture of the coverage and definition. Alongside the proof of age, a vehicle has to be certified by a Vintage and Classic Car Club to qualify for vintage car insurance.

It’s mandatory to require a third-party liability insurance plan for a vehicle to be on the road. The policies highly depend on the vehicle’s displacement. Nonetheless, if you’re looking to cover your car against theft, loss, or other damages, you must choose a comprehensive plan based on the vehicle’s value.